This Video is unable to play due to Privacy Settings.

Are companies stifling their growth potential by sidelining women?

Kamala Harris.  Ngozi Okonjo-Iweala. These are some of the well-known names of women who have become beacons of hope for what is possible. Yet, many women continue to face steeper challenges in society, and this has become even more evident due to the coronavirus pandemic. According to Mercer’s 2020 When Women Thrive global studies, which surveyed 1 157 organisations across 54 countries, including 7 in Africa, the average representation of women in the workplace is 40%. Given that more than 28 million women over 25 globally are estimated to have left the labour market altogether over the last year compared to 24 million men, gender equality will remain unattainable as companies fail to integrate diversity, equity, and inclusion (DEI) in their CEOs scorecards. However, global studies continue to show that companies whose CEOs have DEI accountability are more likely to experience above-average profitability compared to their counterparts.

Most of Africa’s business leaders recognise the importance of DEI as a business strategy and gender equality appears to be top of the list. In fact, 94% of companies in the region reported that women have equal access to specific roles or positions that are more likely to lead to advancement into senior management or leadership positions. Encouragingly, organisations are also tracking key metrics at higher rates than their global counterparts. However, the hiring, advancement and turnover rates are likely to remain less favourable for women than for men due to the presence of some “chokepoints”.  Some of these “chokepoints” or barriers to gender equality include cultural stigma and constraints, a rigid organisational culture, lack of a concrete plan and little or no direct men involvement in DEI programmes.

Seeing that inclusion is an essential component in the DEI equation, accountability should cascade from leadership right through to middle management.  Line managers (both men and women) play a pivotal role in creating an inclusive workforce culture, not only in increasing female representation in the workplace, but in improving DEI outcomes. Data reveals that managers are significantly less involved in supporting diversity and inclusion efforts with only 65% actively involved than 76% senior executives.

Considering that social norms are still at play with women putting in extra hours to take care of the home front during the pandemic, it is disheartening to see that only 32% of companies gather information from employees regarding their needs related to caregiving (such as, childcare or eldercare). Although organisations in sub-Saharan Africa were found to generally be more committed to gender-based health initiatives (at 38% versus 25% globally), only 18% are looking at their data to help improve the financial wellness of their employees. Many studies show that women earn less than their male counterparts and that the prevalence of female-headed households is growing steadily. However, companies are yet to provide employee wellbeing initiatives and implement practices designed to truly meet the unique needs of their female employees.

Diversity is dead without inclusion

Concluding, companies need to move beyond pledges and into action. They should review their policies and practices, equip line managers to deliver the desired outcomes and integrate DEI metrics across the business – and not only at c-suite level but middle management, too.

In South Africa, where less than 10% of the working population will retire comfortably, companies must do more to create brighter futures. Evidence suggests that programmes targeting women’s unique needs can have a powerful impact on gender diversity in the workforce. If employees are healthy and financially confident, they will then be more productive and successful at work. There is still ample room for improvement in all areas, including offering flexible working arrangements to attract and retain female talent. 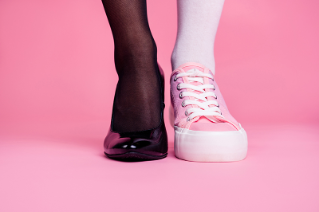 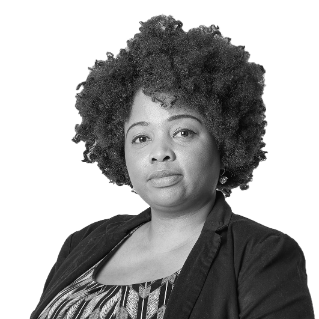 For more thought leadership pieces, follow us on LinkedIn